You might already know about common causes of migraine, such as stress, lack of sleep, and even exercise (no, seriously), but did you know that you can also get migraines from what you eat?

That’s right, even though your migraines are commonly exacerbated by visual stimuli such as flashing lights, it may help minimise the frequency or intensity of your attacks by avoiding the foods below.

The relationship between food and migraine, of course, is not clear-cut, and sadly, your attacks cannot be directly related to any single cause. That said there is scientific evidence that indicates that certain foods can cause migraines. In addition, 27 percent of those who experience migraines claim that specific foods cause them personally.

In a higher percentage of migraineers, certain foods and additives are more likely to cause headaches, but even among individuals, other factors such as stress, hormonal shifts, and lack of sleep can increase the risk of an attack after consuming an established trigger.

So, without further ado, here’s a list of in no particular order, the most common food causes for migraine sufferers.

We realise that when you see this, some of you are possibly groaning, but research indicates that excessive intake of caffeine can cause migraines, and both a 2016 study and a 2019 study indicate that cutting back on coffee can help minimise migraines.

Now if without coffee you can’t start your day, remember the use of the word “excessive.” We know that at times the caffeine boost can sound like a lifesaver, and if that’s the case, drink it! Try, however to restrict yourself to less than two cups a day.

Nope it’s not you alone. Studies confirm that alcoholic drinks are a common cause, with the issue assumed to be certain chemicals such as tyramine and histamine in alcohol. Red wine, a cause that is widely mentioned, contains a lot of histamine.

Unfortunately, this delicacy may also be a cause for symptoms of migraine for cheese lovers. Again, tyramine is the culprit. The best nutritionist in Bangalore says that it is good to avoid blue cheese, brie, cheddar, swiss, feta, mozzarella, and most other popular cheeses.

We hate (to continue to be the bearers of bad news, but the chances of preventing migraines can also be sabotaged by chocolate. One research found that in 42 percent of its participants, chocolate caused a migraine compared to placebo.

While a great way to prevent migraines is to eat plenty of fresh fruit (and stay healthy!), you may want to be careful with citrus fruits. While some people say migraines are given by oranges, grapefruits, lemons and limes, they are not as popular a cause as some of the other foods on this list. To see if avoiding these fruits makes a difference to you, try monitoring your migraines.

If you have a sweet tooth, listen up: evidence indicates that the likelihood of migraine headaches could be increased by artificial sweeteners such as aspartame commonly used in Diet Coke and other calorie-free beverages.

Foods containing yeast have been recognised to induce migraines, such as sourdough bread and fresh-baked products such as donuts, cookies, and breads. The sly ingredient is tyramine, the same culprit used in alcohol and cheese (you guessed it).

MSG is used in a range of packaged foods, such as frozen or canned foods, soups, chips, seasoning, and more as a taste enhancer. A 2016 review of the available science concluded that MSG is not more likely than placebo to induce a headache or migraine, but many sufferers of migraine suggest MSG is a trigger for them.

So how do you know which of these foods are actually causing your migraines (if any)? The best thing you can do is evaluate your eating habits and recognise patterns that may be possible triggers, because food affects all migraine sufferers differently. You will start understanding what spurs the migraines by slowly removing foods one-by-one. As per the best nutritionist in India, food allergy tests can also be beneficial, but even though you are not allergic to them, you should also be careful of such foods.

Qua Nutrition suggests maintaining a careful food log for at least one month to document what you do and don’t eat in order to keep track of your habits. An attack is likely to reach 12 to 24 hours post-consumption if anything is a cause. You would be able to track the pain back to the source, or narrow it down, at least.

We know that reading this may make you feel that if you want to escape chronic pain, you would have to start living off of nothing but water, but it is important to note that not all of these foods are causes for every sufferer (and for many sufferers, hunger can be a bigger trigger than any specific food). Migraines are private, and monitoring your migraines, making one change at a time, and seeing what works is the best way to learn the particular triggers.

And not all of the food of course, is your enemy. For a list of migraine-safe foods, check out this post. Looking for ideas for dinner? Try this roundup of recipes which are safe for migraines.

Instead do you change your entire diet to prevent migraines? Look at trying a preventive medication that can help minimize the migraine frequency, such as a vitamin. At Qua Nutrition, we look at this topic with utmost significance. If you have any concerns about nutrition or our nutrition/ diet plans, call us at +91-9743430000 or email us at devika@quanutrition.com.

How to Choose the Correct Diamond Blade

What Makes Eggless Cake Delivery Are Recommended One? 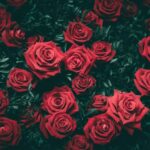 8 Astounding Tips to Choose the Best Florist at Your Budget !!
Next Article 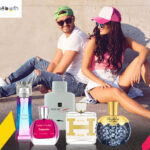 How online stores have changed perfume trends in India?
Leave a comment